A ligament is a rope-like structure in the body that connects two bones, thereby controlling the movement and stability across the joint. In the elbow, one of the most important ligaments is the ulnar collateral ligament. This ligament provides considerable and important strength on the inner aspect of the elbow while throwing. The ulnar collateral ligament (UCL) traverses the inner aspect of the elbow from the ulna to the humerus.

Figure 1, below, shows the three bands in the UCL. The anterior band of the UCL is the arm’s primary restraint from valgus stress to the elbow. During throwing, a tremendous valgus stress is placed across the elbow joint. Studies have shown that pitching a baseball generates a valgus force at the elbow estimated at 290 Newtons, resulting in an angular velocity in excess of 3000 degrees per second.

These high forces across the inner aspect of the elbow occur in throwing during the late cocking and early acceleration phase of throwing (Figure 2, below). The tremendous force and rotational velocity generated by pitching and throwing place stress on the ulnar collateral ligament. The forces generated at the elbow during throwing can exceed the tensile strength of the UCL. This force can cause failure of the ligament all at once (acute rupture of the UCL) or more commonly a slower, attritional rupture of the ligament due to microtrauma and repetitive stress. The repetitive stress on the ligament leads to lengthening, tearing and attrition of the UCL which in turn causes medial (inner) elbow pain, decrease in velocity of throwing, and an inability to throw effectively.

Most commonly, an UCL tear presents with a gradual onset of medial elbow pain due to repetitive stresses on the ligament; this is termed a chronic UCL tear. Occasionally, throwing athletes may experience a sharp “pop” or develop sharp pain along the inside of the elbow joint on one particular throw; this is termed an acute UCL tear. Either way, the tear in the ligament leads to a decrease in velocity, pain while pitching, and lack of control. Occasionally, the ulnar nerve, which runs very close to the UCL, can be stretched, leading to numbness and tingling in the small and ring fingers.

While the instability and pain in the elbow resulting from a tear of the UCL may inhibit the ability to participate in throwing sports, it is rare that symptoms occur during activities of daily living or non-throwing sports. Many non-throwing athletes and non-athletes with UCL tears can be treated without surgery.

A tear of the UCL is diagnosed in the following fashion:

Figure 4A and 4B show distal and proximal tears of the UCL, respectively. 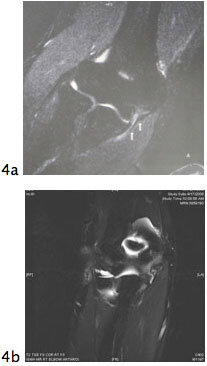 Initial treatment of an ulnar collateral ligament strain or partial rupture in a pitcher is non-operative. The goal is to see if the pitcher or player can return back to throwing without surgery. Treatment consists of an initial period of rest without throwing. Non-steroidal anti-inflammatory medications (alleve/advil, etc.), ice, and local modalities can limit pain and swelling. After inflammation in the elbow has decreased, the pitcher will physical therapy designed at strengthening the elbow. Once the elbow is strong and there is no inflammation, a gradual return to throwing is initiated. The period of nonoperative treatment for a ‘strain’ of the ulnar collateral ligament can last 6-12 weeks.

If the pitcher has recurrent pain and swelling despite adequate and prolonged nonoperative treatment of the elbow it is in indication that they may not be able to pitch without reconstruction of the ligament (surgery). Because the period of recuperation is so prolonged (1 year) after reconstructive surgery of the ulnar collateral ligament, a concerted effort at rehabilitation is almost always warranted. The purpose of the physical therapy is to strengthen the muscles around the elbow to compensate for the torn ligament. When nonoperative treatment fails and a throwing athlete desires return to sport, surgery to reconstruct the ligament is usually indicated. In addition, an MRI which shows a very severe tear (complete) of the UCL, the period of nonoperative treatment is sometimes bypassed as there will be little chance of returning a player with this type of injury back to throwing without surgery. 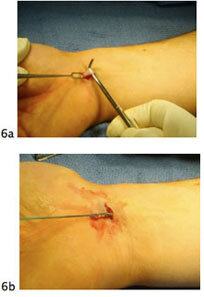 Surgical reconstruction of the ulnar collateral ligament was initially described by Jobe et al in Los Angeles, California. The surgery involves replacing (reconstructing) the ligament with a tendon graft and is nicknamed ‘Tommy John Surgery’ after the initial major league pitcher that had the procedure. Since the advent of the surgery there have been considerable modifications to the technique to decrease its invasiveness and improve the technique.

Dr. Gamradt trained at the Hospital for Special Surgery (HSS) in New York and uses the ‘docking technique,’ developed by Dr. David Altchek from HSS, team physician for the New York Mets. The procedure is conducted in the following fashion: 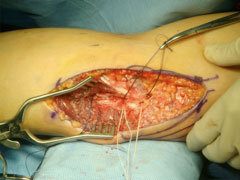 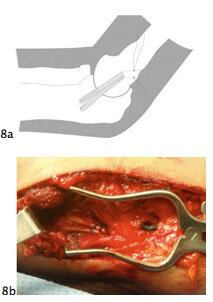 Do I Need UCL Reconstruction Surgery?

The vast majority of patients who need UCL reconstruction surgery (‘Tommy John Surgery’) are competitive pitchers and other throwing athletes. Because of the extremely lengthy rehabilitation process and a success rate that is not 100%, a period of rest followed by non-operative treatment is commonly recommended to make absolutely certain that the surgery is indicated and that the player cannot return to competition without surgery.

An MRI finding of an imperfect UCL (e.g. partial tear) does not immediately necessitate surgery either. An adage among surgeons who care for baseball players is: ‘operate on the patient, not the MRI.’ A complete tear in a pitcher, however, is unlikely to respond to nonoperative treatment.

If non-operative treatment of a completely or partially torn UCL fails, then surgery certainly is the best option should the pitcher or throwing athlete desire a return to competition. Done correctly, the surgery is a safe and effective way of returning a large majority of players with this injury back to competition, albeit after the lengthy rehabilitation process. 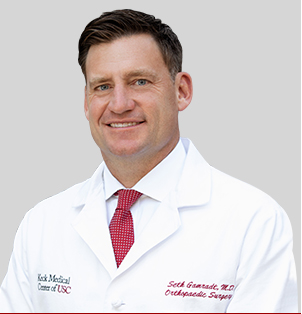 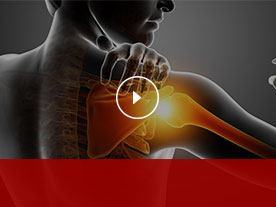